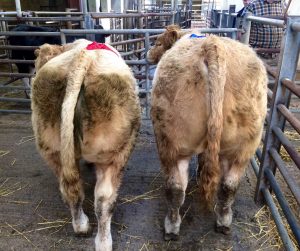 Other leading prices from Carrigallen 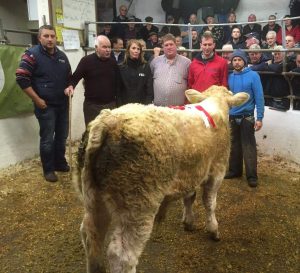 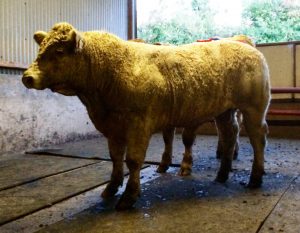 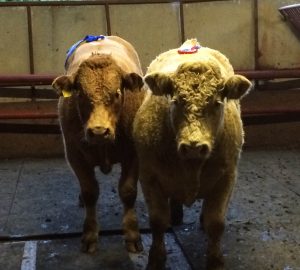 Second prize winning CHX bull on the left, 545kgs sold for €1290 along with the champion on the right, both autumn 2015 born weanlings. 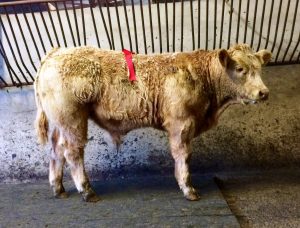 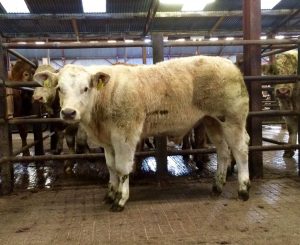 Top price of the day went to the first prize CHX weanling heifer born after the 1st February 2016, 290kgs sold for €980 3.37c/kg. This one was sired by the AI bull Liscally Eti.