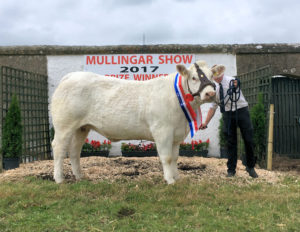 The Dunne family from County Kildare are enjoying a successful spell in the show ring, winning champion Charolais at both Mullingar and Fingal shows recently. On Sunday they were awarded the overall champion Charolais in Mullingar with Lastra Jade. The rising three year old is a daughter of Rochefort out of the Major daughter, Lastra Ger ET. Standing reserve to her in Mullingar was Cassina Nelson exhibited by Martin Clyne from County Longford. The six month old Mandela Veron son is making quite a name for himself in the show ring this Summer. 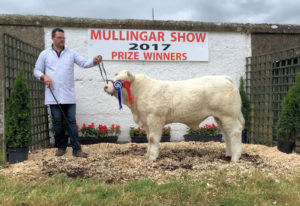 Standing top of the line for the Dunne family in Fingal show was Crockaun Miss Money Penny, a September 2016 born daughter of Lisnagre Elite. 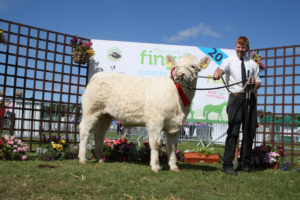