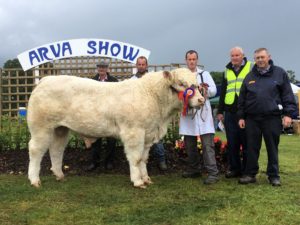 The Hughes family from Cootehill, County Cavan landed the overall champion Charolais and reserve interbreed champion of the show in Arva at the weekend with Pottlereagh Martin. The June 2016 born son of CF 52 fought of a strong line up of promising young calves to claim the top accolade in the Charolais section, before being awarded the reserve interbreed champion of the show. 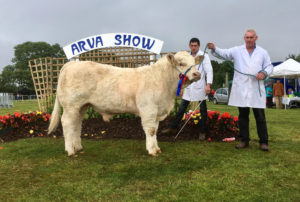 In reserve was the August 2016 born, Gallaway Mavrick exhibited by Michael Kiernan from Carrigallen, County Leitrim. Once again this stylish young bull is a son of the one and only, CF 52.