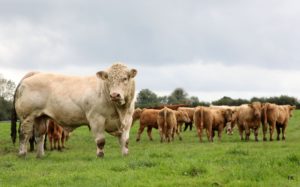 Following a trip to France over 10 years ago, Terry O’Reilly from Lanesborough in County Longford decided to set up a herd of pedigree Saler cows to cross with a Charolais bull. He was extremely impressed with the Charolais/Saler cross in France, the combination of the two breeds displayed all the making’s of the perfect calf – weanling system. Prior to this, Terry ran a suckler herd, which had its share of calving difficulties and as a one-man operation, the Saler cow crossed with the Charolais bull was attractive to him. 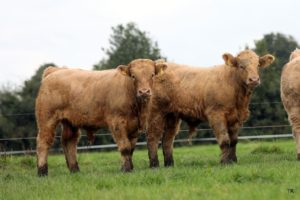 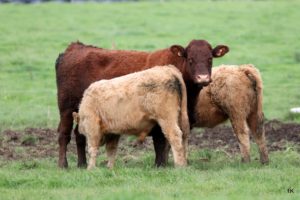 So, after setting up his herd of Saler cows, Terry decided if he was to continue producing weanlings for sale in the Autumn, he had to invest in a top quality Charolais bull. A combination which he has kept right up to the present day.  His present bull, Ballyfinnane Milo ET, a son of Panama is used widely across his 50 cows & heifers, with no calving difficulties to date.  Terry explains ‘my calves are vigorous and thrive from birth’. 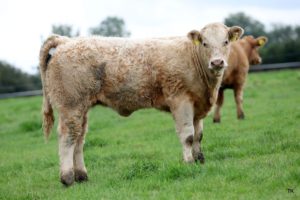 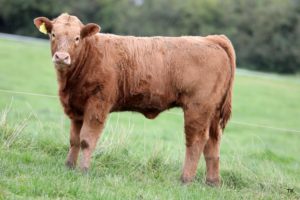 His main farming objectives are

Terry says ‘the Charolais / Saler cross meet all these objectives.’ 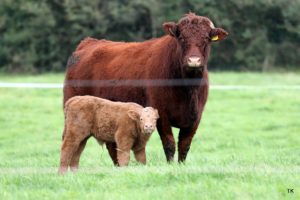 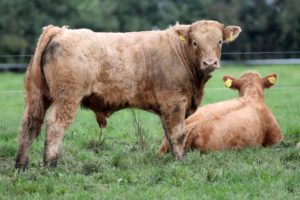 Terry sells his golden weanlings at 350-420kg every Autumn. He averages anything from €1100 – €1200 annually for these weanlings. Some years he has exceeded this. This year’s weanlings will go for sale in Elphin Mart on the 28th September at their annual show and sale. Terry finished by saying ‘the joy of the Charolais bull is that you can use a well-muscled bull, without fear of calving difficulties and you end up with a quality calf, which always demands a premium price.’