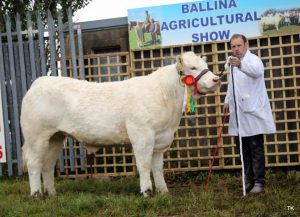 Champion Charolais and interbreed champion of the show in Ballina, Bostonia Lorraine 1 et. Exhibited by the Feeneys from Enniscrone, Co. Sligo, Lorraine is a September 2015 born daughter of Elgin Davinci. 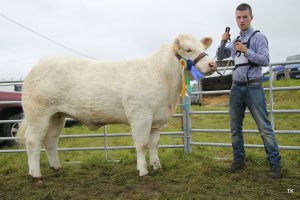 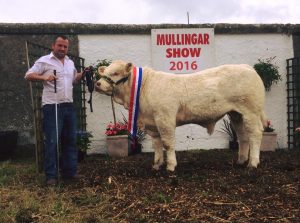 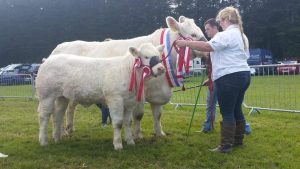 Winning the champion Charolais in Clonmel was the mother and daughter outfit Goldstar Falkland and her heifer calf by Goldstar echo, exhibited by Martin Ryan from Thurles, Co. Tipperary. 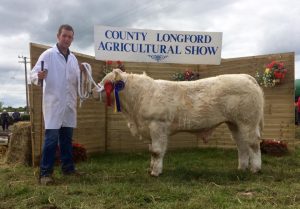 Champion Charolais in Longford went to Riverside Leeroi exhibited by Edwin Jones from Keenagh, Co.Longford. This November 2015 born bull is a son of Clenagh Hank. 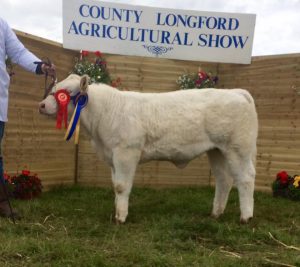 Reserve champion in Longford was the January 2016 born Cassina Maura. Exhibited by Martin Clyne from Edgeworthstown, Co. Longford this one is sired by Inverlochy Gurkha. 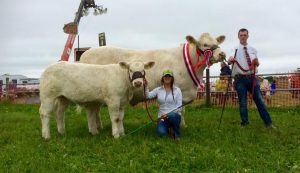 Overall champion Charolais in Athlone was awarded to Goldstar Falkland with her heifer calf at foot by Goldstar Echo, owned and exhibited by Martin Ryan from Thurles, Co. Tipperary. Reserve champion also went to Martin Ryan with Goldstar Jamaique by Texan gie.