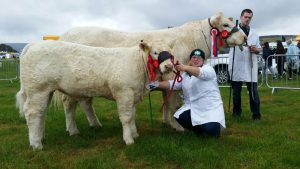 Picking up another championship sash in Tinahely was the mother and daughter outfit Goldstar Falkland and Goldstar Lulu exhibited by Martin Ryan from Thurles, Co. Tipperary. Reserve champion also went to Martin Ryan with Goldstar Javanaise by T-Urambo. 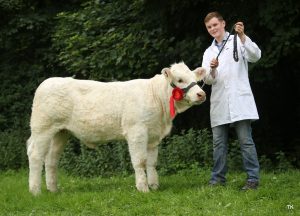 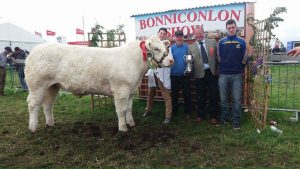 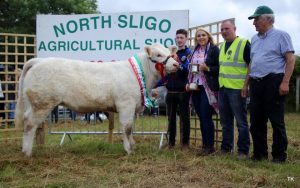 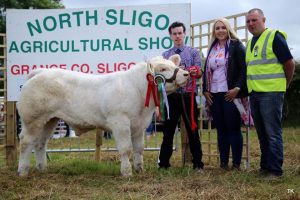 Taking the champion Charolais in Ossory was the 2015 Tullamore national livestock show champion Goldstar Elle with her Goldstar Echo calf at foot exhibited by Martin Ryan from Thurles, Co. Tipperary. 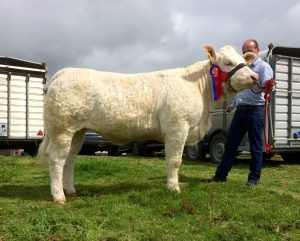 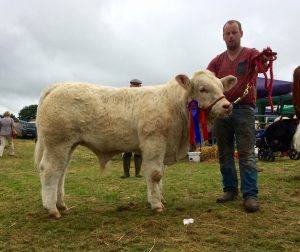 Reserve champion in Arva was won by the January 2016 born bull calf Pottlereagh Mark exhibited by Martin Hughes from Cootehill, Co. Cavan. This one is a son of Cavelands Fenian. 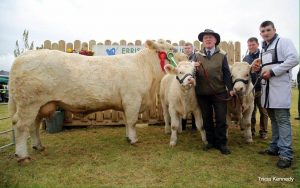 Taking the Charolais championship in Erris was Kilcumreragh Firby and her twin heifer calves, Rivergloir Milo and Masie. Exhibited by Jarleth Mc Hugh, Firby is a daughter of Roundhill Cameron and her January 2016 born heifer calves are sired by Maerdy sinndar.