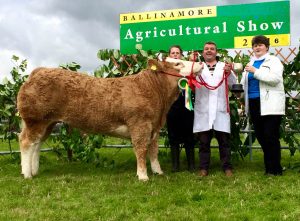 The Charolais cross heifer “Bella” who won the Interbreed Champion of the show in Ballinamore for owners John Daly and Noleen Curran from Arva, Co. Cavan. 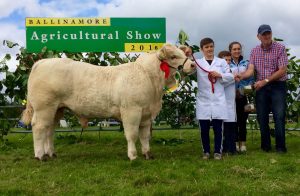 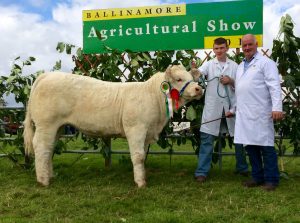