A fine summers day was met with a wonderful display of Charolais cattle at the National Livestock Show in Tullamore on Sunday last. Coming out on top for the second year in a row was the giant show cow Goldstar Elle after being awarded the female championship earlier in the day. Exhibited by Martin Ryan and family from Cabra, Thurles, Co. Tipperary, Elle was shown with her 5 month old calf at foot. Judge for the day Mr Will Shortt who runs the 60 cow Woodpark Pedigree Charolais herd in Co. Tyrone described his champion as “simply unbeatable on the day”. Sired by the French bred Caramel, this win is just one in a long string of championships awarded to Elle over the past two years. 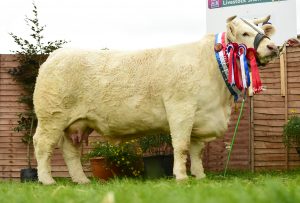 Standing next to Elle and scooping the reserve champion of the show was the September 2015 born Aghafad Lincoln ET. Having earlier picked up the male champion, this young bull came through a strong line up of contenders to take both the male and reserve overall Charolais championship. Exhibited by Edward Walshe from Carrickmacross, Co. Monaghan, this bull is a son of the French bred Texan gie. The judge described his male champion as “a powerful young bull with a lot of potential”. 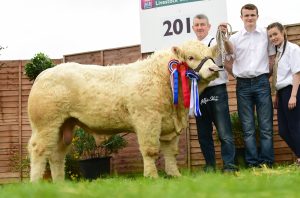 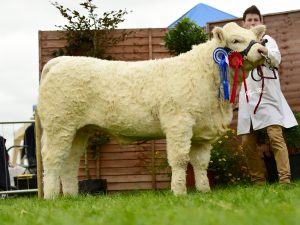 The reserve male champion of the show came from Michael Quinn Newmarket-on-Fergus, Co. Clare in the form of Clenagh Lyle. This catchy October 2015 born son of Domino headed a strong class of young bulls earlier in the day. 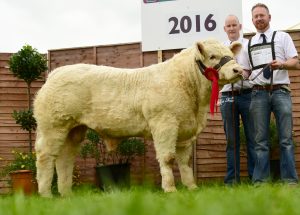 Securing the first female class of the day was Martin Clyne from Edgeworthstown, Co. Longford with the January 2016 born Cassina Maura. A regular prize winner at the summer shows all year, Maura is a daughter of the AI sire Inverlochy Gurkha. 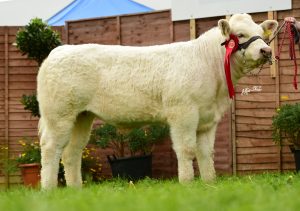 The next class off heifers was secured by Grangwood Lola et exhibited by Jerry and Kay O’ Keefe from Knocklong, Co. Limerick. This November 2015 born heifer is a daughter of the French bull Panama. 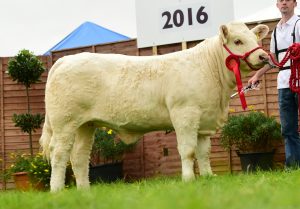 Heading up the following class of heifers was Glenree Lexie exhibited by John O’ Grady from Glenamaddy, Co. Galway. Lexie is a January 2015 born daughter of the noted AI sire Cottage Devon. 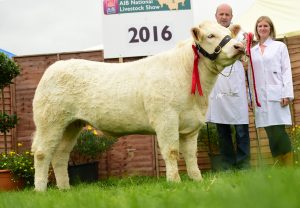 Next up was the junior cow class which was secured by Goldstar Haidi exhibited by Martin Ryan and family. A regular winner in the show ring over recent years, Haidi is a daughter of the French bull Theodat. 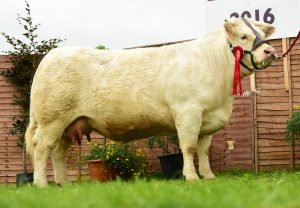 One off the highlights of the show is the National Charolais heifer of the year which was once again hotly contested. Coming out on top this year was the T-Urambo daughter Goldstar Javanaise from Martin Ryan and family. This powerful February 2014 born heifer is no stranger to the show ring having enjoyed many successes over the past two seasons. 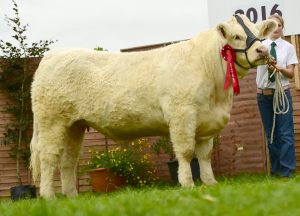 The first class of young bulls was won by Eamon and Daniel O’Connor from Ballinfull, Co. Sligo with Breaghwyhill Mickey. This January 2016 born calf is a son the well known French sire Excellent. 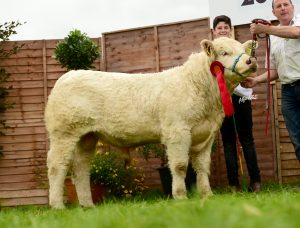 Picking up the red rosette in the next class of bulls was Longford breeders Edwin and Robert Jones with their November 2015 born bull Riverside Leeroi. This young bull is a progeny of the Maternal Gene Ireland bull Clenagh Hank. 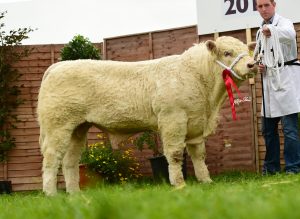 Cloononhill Lucifer exhibited by Noel Mc Goldrick from Drumlish Co. Longford claimed top spot in the next class. This May 2015 born son of Fury Action is well aquatinted to the show ring having won his class at last year’s National Charolais Show. 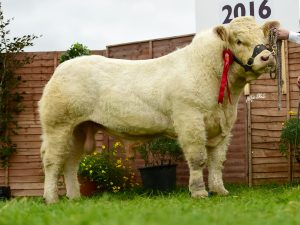 The Ryan family from Cabra, Thurles, Co. Tipperary topped off an exceptional day for Goldstar Charolais by picking up the red rosette in both class of pairs. Goldstar Lulu and Goldstar Lavender combined to win the first class, 12 months of age and under. Then Goldstar Elle and Goldstar Falkland took top spot for the best pair of animals over 12 months of age. 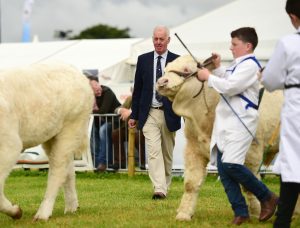 Judge Will Shortt who took care of proceedings in Tullamore 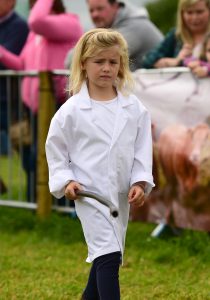 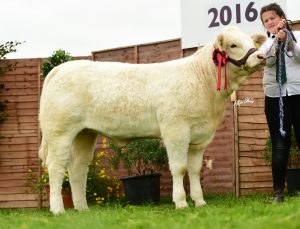