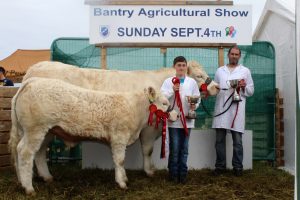 Champion and reserve champion Charolais in Bantry went to Colomane Moonshine and Cottage Gemma exhibited by John Ward and his son Jack. 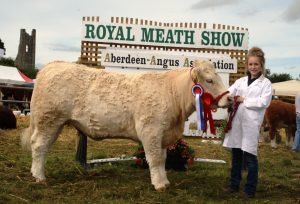 Champion Charolais Bellingham Jewel with exhibitor Ellen Farnan at the Royal Meath Show in Trim last weekend. This October 2014 born heifer is a daughter of CF 52. 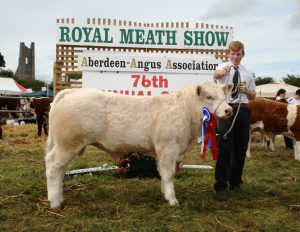 In reserve was Crockaun Magic Mike exhibited by Aaron Dunne. This March 2016 born bull calf is by the Blelack Digger son Alwent Goldbar. 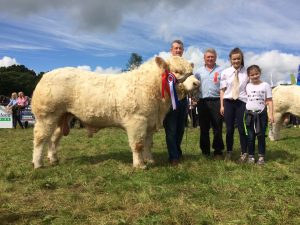 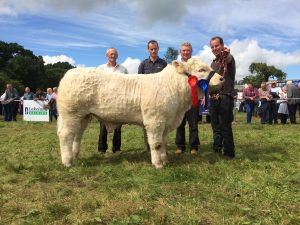 Reserve champion in the North Eastern Charolais Club calf championships went to Martin Hughes’s February 2016 born Pottlereagh Mark by Cavelands Fenian. This young bull has picked up a string of red rosettes this year including ones at Dundalk and Arva show. 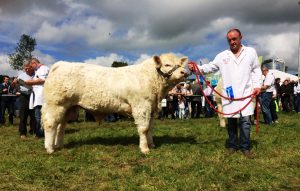 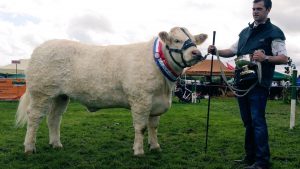 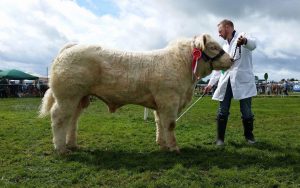 Pictured above is the reserve champion from Cappamore, the October 2015 born Clenagh Lyle by Domino. Exhibited by Michael Quinn. Newmarket on Fergus, Co. Clare this young bull is following on from his success at the National Livestock Show in Tullamore where he was reserve male champion. 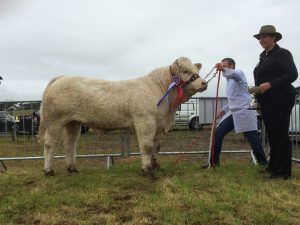 Pictured above is Kevin Mc Dermott with Judge Libby Clarke after winning the calf championship in Donegal with Ballynabreen Leonard. This September 2015 born bull is a son of Lisnagre Hansome. 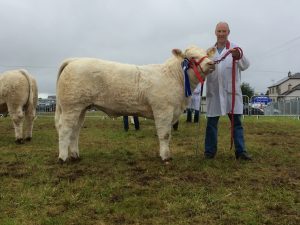 In reserve was the September 2015 born Deeleview Lady by Blelack Digger exhibited by Ian and Noel Maxwell from Convoy, Co. Donegal. 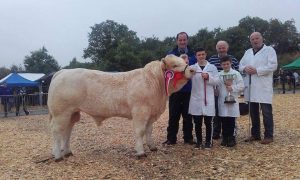 Taking championship honours in Mohill was the November 2015 born Rockey Luke by Crossmolina Euro. He is pictured above with breeder Martin O’ Connor, President of the ICCS Kevin Maguire and handlers Jack and Joshua Cronin. 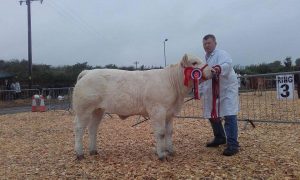 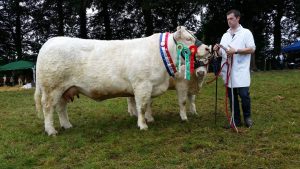 Champion in Tullow went to Goldstar Haidi by Theodat with her heifer calf at foot by Excellent. The reserve champion went to Goldstar Jamaique by Texan gie, both exhibited by Martin Ryan and family Thurles, Co. Tipperary.