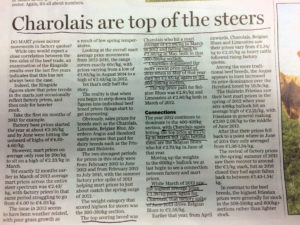 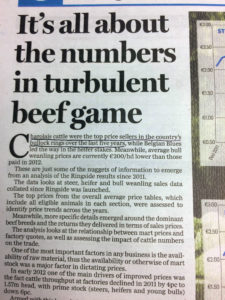 This week’s article in the Irish Farming Independent shows Charolais cattle were the top price sellers in the country’s bullock rings over the last five years. Charolais steers had the highest mart price average over the five years in all weight categories. In the same period ‘Charolais dominated the recent price spike of 2015 when in May of that year they hit €2.85c/kg in the 300 – 399/kg section’. More factual information that proves Charolais consistently deliver and are without doubt, Ireland and Europe’s number one beef breed.