The qualifiers for the Charolais International YDP in Canada was held in Elphin last week, following the Premier Show and Sale. Fifteen candidates took part in the competition, which involved stock judging, guess the weight and a questionnaire on their knowledge of the Charolais Breed. The two candidates with the highest marks won a trip to Canada in July of this year. Coming out on top with 39 marks was Mark Whelan from Borris in Ossory, Co. Laois. Mark is 20 years old and is a son of Kevin Whelan. In second place was Michael Carey on 37 marks. Michael is also 20 years old and is a son of Michael Senior and brother to Ronan. Both young men were delighted to except their prize of a week long trip to Canada, where they will meet with young Charolais breeders from all over the World. 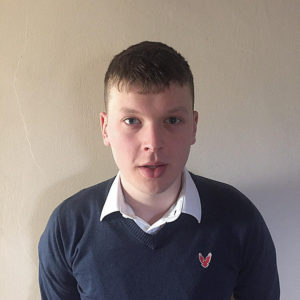 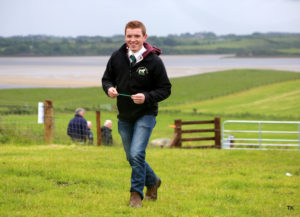 In joint third place was Mark Mc Govern from Fivemilebourne in County Sligo and Kieran Killeen from Beg Mullagh in County Clare. They were tied on 34 marks each. They will each receive a voucher for 10 bags of Greenvale Animal Feed. The Society would like to thank everyone who took part and congratulate the two winners on a wonderful achievement.