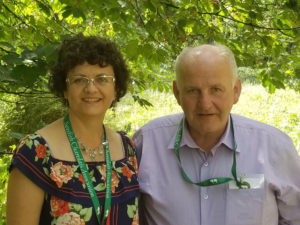 Charolais delegates from all over the world attended the Congress in Sweden. The quality of Charolais cattle on display was terrific, with the majority being polled. Efficient Charolais cows with high maternal traits were in abundance on the farms visited. This was highlighted in the fact that every herd visited were weaning greater than 0.97 calves/cow per year. Bulls are selected based on easy calving, with superior growth rates and high performance. The hospitality and generosity provided by the Swedish Association was outstanding. A country renowned for it’s beauty, certainly lived up to it’s reputation.