For the third consecutive year, the National Charolais Show Championship will return to County Sligo. Clinching the title this year was the Mc Govern brothers from Fivemilebourne, Co. Sligo, with their outstanding heifer, Crossane4 Niamh. This comes on the back of the 2017 Champion, Sagesse Martha, and the 2018 Champion, Drumshane Mademoiselle, both exhibited by Sligo breeders. Niamh is a daughter of the prominent Goldstar Echo, a sire who is consistently producing champions, show winners and high priced animals. The dam is Portnason Hermione, a daughter of the UK sire, Thrunton Bonjovi. The two year old has already had a wonderful show season in the West of Ireland this year, picking numerous red rosettes and championships on her way. 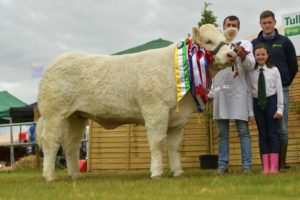 Standing in reserve was the classy, Sagesse Pierre, another Sligo bred bull from the Canning family in Rosses Point. This January 2019 born bull is a son of Maerdy Sinndar and Kilcumreragh Dorothee. Having stood top of the line in a tremendous class of young bulls, Judge Archie Mc Gregor tapped Pierre out as Overall Junior Male Calf Champion, before going on to be awarded Reserve Overall Champion. 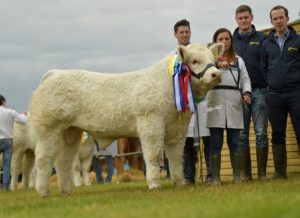 It was an iconic day for the Irish Charolais Cattle Society, as they hosted the 2019 World Charolais Technical Congress, which brought over 70 delegates from 10 different Countries to Ireland for a week long event. The outstanding quality of Charolais cattle on display at the Show was remarked on by many of those attending, a testament to the breeders and exhibitor’s on the day. It was also a memorable day for some breeders, one of those in particular being Martin Ryan and family from County Tipperary, who won the Junior Female Calf Champion, Senior Female Calf Champion and Reserve Senior Male Calf Champion, as well as seven first prize winners overall. A remarkable day by any standards. 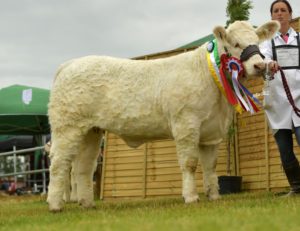 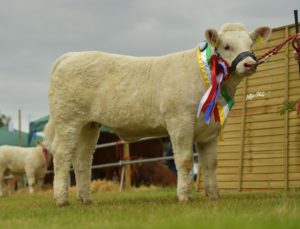 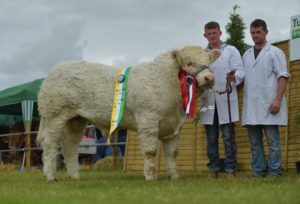 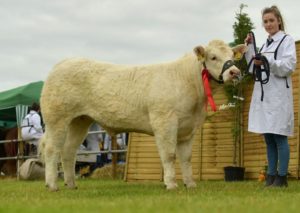 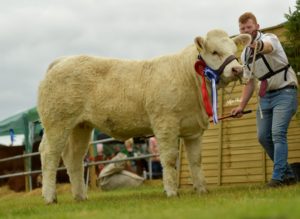 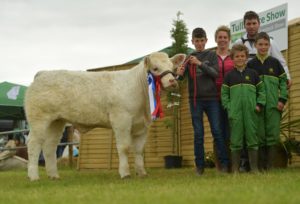 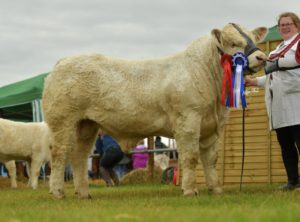 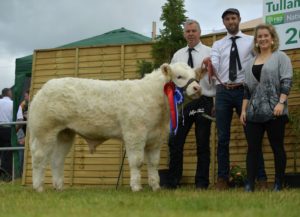 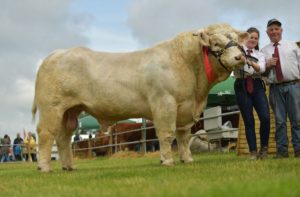 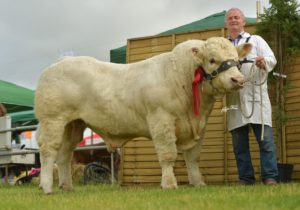 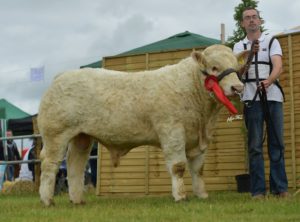 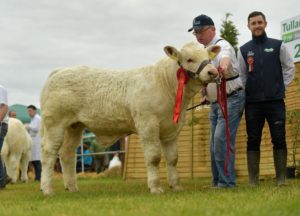 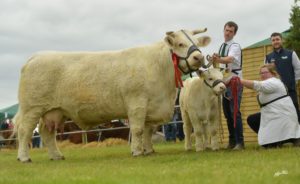 Best female in calf or with calf at foot – Goldstar Elle, exhibited by Martin Ryan and family 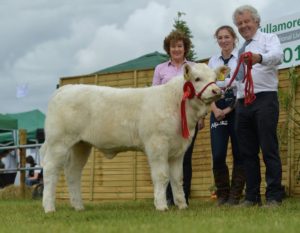 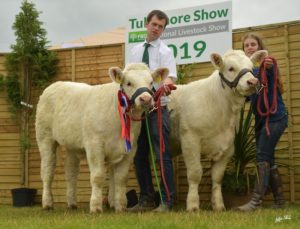 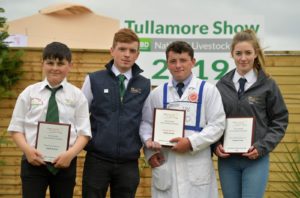 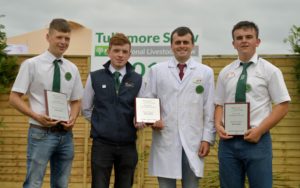 A massive thank you to all exhibitors who put on a wonderful display of cattle and congratulations to all those who took home prizes on the day. Also a huge thank you to all our sponsors listed below. We urge our members to support those who sponsored this year’s National Show and Congress.