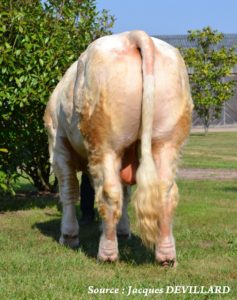 Horace JD is a son of the great French cow, Cadillac, and his father is Froufrou, who is sired by Balladin. He is being introduced as an option to breed replacement females in the pedigree herd. His daughters are big, long, feminine cows, with great pelvis size and milk. Based on progeny seen of Horace, he is best suited to smaller, fleshier cows, to put size and power in their progeny. Currently Horace has a four-star terminal index of €121, a four-star replacement index of €67 and a calving figure of 4.3%. Pictured below is progeny of Horace JD. 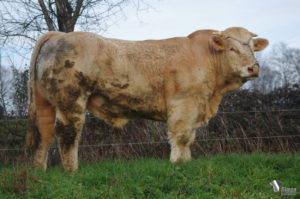 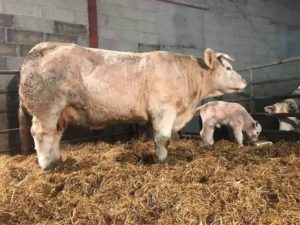 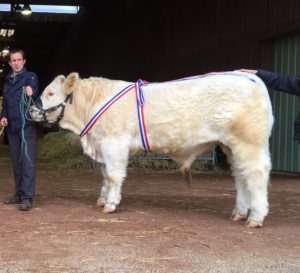 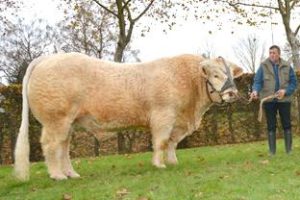 Himalaya is a total outcross for Ireland, who is a son of Espoir and Dynamite. Progeny of his include Jules, who won at Moulins in 2017 and is stock bull at Thierry Prain’s in France. He also sired the show Heifer, Laurie, who won at Marault in 2017. Reports on progeny of Himalaya in France is that they display real Charolais character, with size and power. Use Himalaya on smaller, thicker, fleshier cows, coming from easy calving bloodlines. For use on mature cows only. 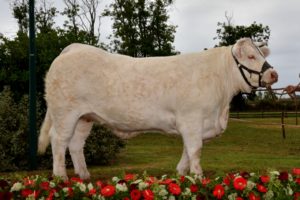 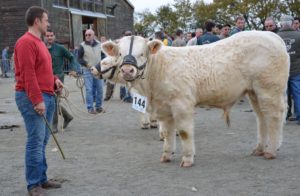