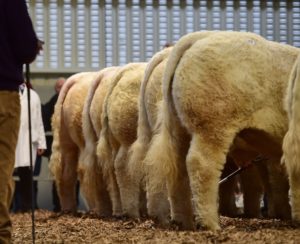 The Irish Charolais Cattle Society are donating €2,000 to the Sale of Charolais bulls and heifers in Carrick on Shannon, this Saturday, the 19th December. €200 premiums will be paid to the purchasers of the top eight priced bulls and top two priced heifers. In the event of there being a tie, the premiums will be divided accordingly. Hopefully this will boost the trade for Charolais and wrap up what has been a wonderful year for the Charolais breed in Ireland.