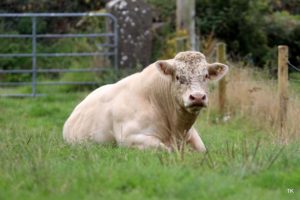 The quality of the herds in the large category of this year’s ICCS Suckler Herds Competition could only be described as exceptional. The fact that any one of the top five herds could have been in the top three speaks for itself. However, one herd just had that winning edge, that was the herd of Jim and Brian O’Leary from Newmarket on Fergus in County Clare. This herd would stand in with any herd in the country for sheer volume of quality calves and efficiency. 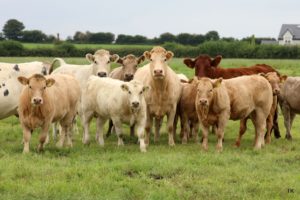 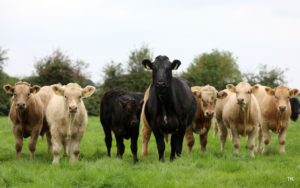 The O’Leary’s run a calf to weanling system and keep approximately 120 suckler cows. The breed of cows on the farm are predominantly Limousin, Belgian Blue, Saler and Charolais crosses. In the past these cows would have been first generation cross cows from the dairy herd. However, in recent year’s they have moved to all second generation cross cows from the dairy herd. Brian explains the reason for this ‘the type of the dairy cow has changed and for that reason we needed to move another step away from the first cross to keep the quality in our calves’. The cows are crossed with the herd’s two Charolais stock bulls every year. AI is also used within the herd to keep a small number of replacement’s coming on. Cows calve down in the Spring and Autumn, mainly to spread out the workload at calving, as Brian also work’s off farm. 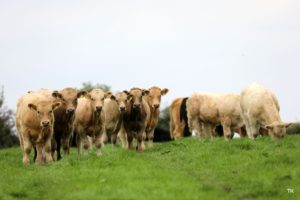 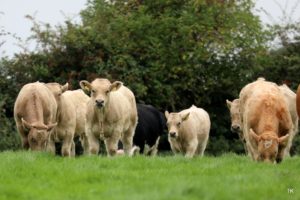 Charolais cross calves on the farm

The two stock bulls used on the farm are two full brothers, Ralahine Oliver and Ralahine Noah, who were both bred by the O’Leary’s themselves. They are sired by the well known AI sire Fiston, out of a Lisnagre Elite bred dam. It is fair to say that both bulls are crossing excellently on the herds various cow types. It is clear to see that they are breeding calves which are easily born and develop rapidly after birth. The O’Leary’s aim to breed U grade weanling’s and sell most of their weanlings off farm to repeat customers every year. These customers have been putting these weanlings to beef for years with fantastic results. 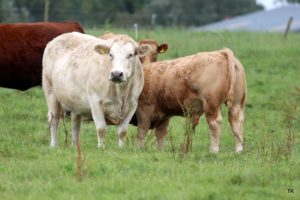 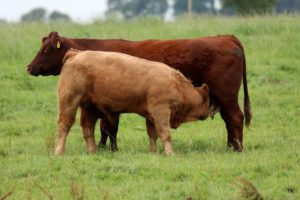 The quality of the calves on this farm are one thing, but the performance and efficiency of the herd is the real standout. The average calving interval of the herd is 375 days. Mortality at birth is 0%. Mortality at 28 days is 0%. The number of calves/cow/year is 0.95, compared to the national average of 0.88. The percentage of heifers calved at 22-26 months is 40%, compared to national average of 28%. The herds 6 week spring calving rate is 95%, compared to the national average of 53%. Impressive performance for a herd of this size. Grassland management is also very important to the Clare men, evident in the strip grazing techniques implemented on the farm. 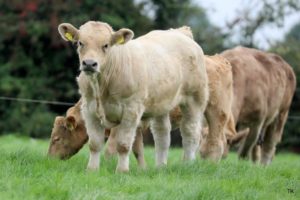 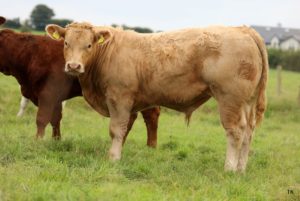 The first of this year’s Spring born weanlings were sold off farm about three weeks ago to repeat customers. A batch of 7 month old Charolais cross weanling bulls averaged 370kg and sold for an average of €1150. Their weanling heifer comrades averaged 340kgs and sold for an average of €1100. A younger batch of March born weanling bulls were sold this week at an average weight of 350kgs, at an average price of €1000. One of the most impressive thing’s about this herd is the consistency of the calves. They are likes peas in a pod, which is proven in their sale prices. 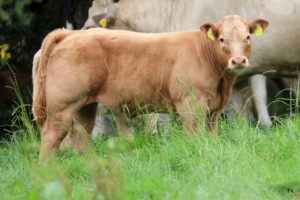 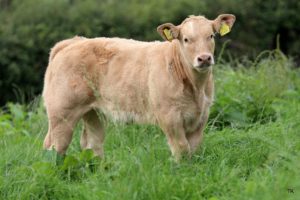 Some of the autumn born Charolais calves

This herd was selected as the overall winner in the large category for it’s sheer volume of quality calves and their performance, but most of all, it was selected for it’s overall efficiency and sustainability.  What’s even more impressive is the fact that the O’Leary’s farm on all rented land and continue to turn a healthy profit every year. Quite the achievement for a herd of this size. This herd exemplifies what can be achieved with the correct management techniques, genetics and grassland management. Most of all do, a tremendous example of what Charolais bulls can do on a range of cow types.