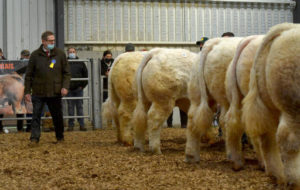 The Irish Charolais Cattle Society are donating €2,000 to the purchasers of the highest priced Charolais bulls and heifers at Saturday’s Elite Continental Sale in Carrick on Shannon. €200 premiums will be paid to the purchasers of the seven highest priced bulls and three highest priced heifers. In the event of there being a tie, the premiums will be divided accordingly.
Hopefully this will boost the trade for Charolais and wrap up what has been another wonderful year for the Charolais breed in Ireland.
Catalogue for the sale can be found here – http://midlandwesternlivestock.com/show-and-sales-dates/