The final of this year’s Charolais International Youth Development Competition took place in Tullamore Mart last Saturday. The prizes up for grabs were two trips to the Charolais International Youth Conference in the United States in July. The competition involved an application process, stock judging, estimating the weights of cattle and a questionnaire on their knowledge of the Charolais breed. It is fair to say the competition was very strong this year. Taking the first seat was Eoghan Mc Grenaghan from County Donegal. In second place and taking the seat was Aiden Kinahan from County Limerick. 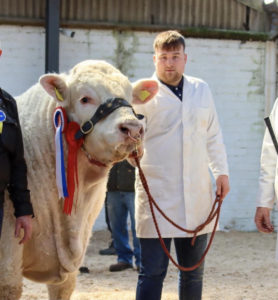 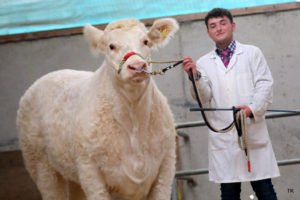 The Society would like to thank all those who entered the competition and wish both Eoghan Mc Grenaghan and Aiden Kinahan the very best of luck in the United States this summer. We hope they have a wonderful learning experience and represent Ireland with pride.