The prolific show cow, Goldstar Adorable notched up yet another championship title in Clonmel last weekend for breeder, Martin Ryan from Thurles, Co. Tipperary. The outstanding show cow who turned twelve in January was accompanied by her heifer calf, Goldstar Melodie, who is an October 2016 born daughter of Virtuose. Adorable, who is a daughter of the French sire, Theodat, has been shown successfully on numerous occasions over her lifetime. 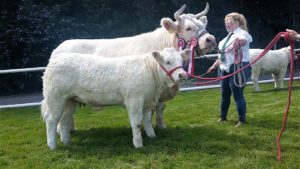 Meanwhile further north, the January 2017 born, Cassina Nelson is proving to be the one to beat. The Mandela Veron bred calf exhibited by Martin Clyne from Edgeworthstown, Co. Longford has been crowned champion Charolais at both Dundalk and Longford shows. 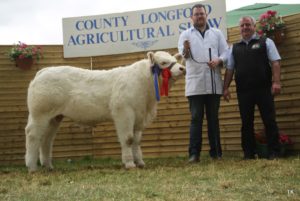