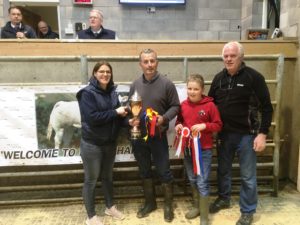 David Rothwell with his son Mark, receiving the trophy for the Overall Champion and Champion Charolais cross weanling at the show and sale in Carnew Mart. Also pictured is Michael Mc Hugh, Chairman of the South East Charolais Club. 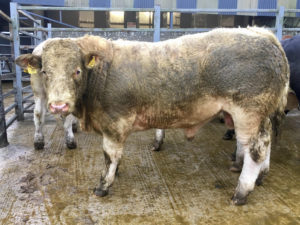 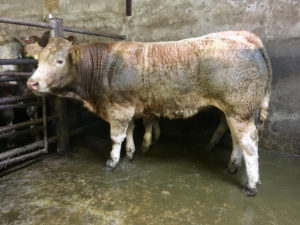 David Rothwell’s Champion Charolais cross weanling on the left who weighed 582 kg and sold for €1480 at 11 months old. His first prize winning Charolais cross heifer on the right weighed 490 kg and sold for €1290, also at 11 months old. Both weanling’s are sired by David’s Charolais stock bull, who is a son of the legend that is CF 52. Commenting on his stock bull, David stated “I have him for year’s now and he has produced hundred’s of calves. But what’s most special about him is the consistency of his calves. I don’t know where I will get another one like him” 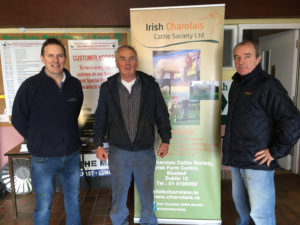 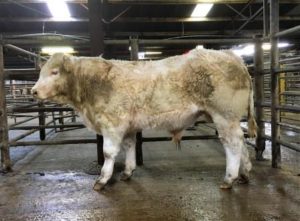 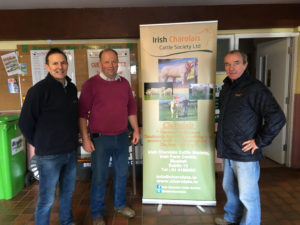 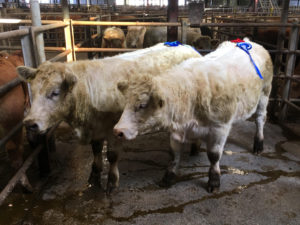 Other prices of Charolais X weanling’s in Ballina Mart included: 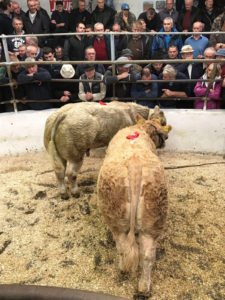 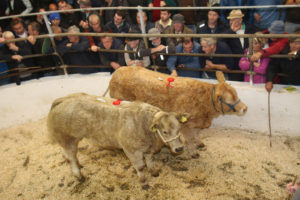