Following their introduction in 2017, three new commercial Charolais classes took place at the National Livestock Show in Tullamore recently. Sponsored by the Irish Charolais Cattle Society, the three classes comprise a whopping prize fund of €3,500. The results from the three classes were as follows: 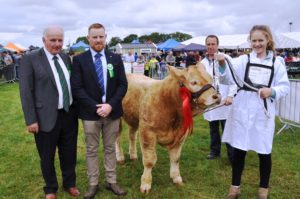 Kevin Maguire, President of the ICCS and Clive Hoey, Judge, congratulate the Stevenson family on winning the first class of the day. 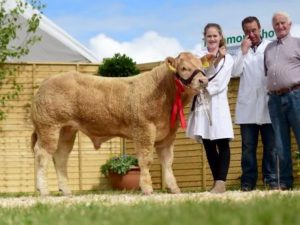 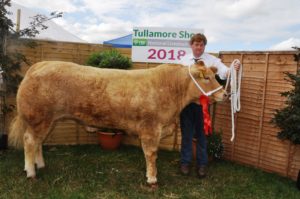