For the second year in a row, two young Irish Charolais enthusiasts will represent Ireland at the Charolais International YDP Conference in Canada. Once again, the costs of the two trips are covered by the Irish Charolais Cattle Society and Charolais International. The competition to decide who would represent Ireland was held last Saturday in Tullamore Mart, Co. Offaly, following the Society Show and Sale. The competition involved stock judging, guess the weight and a questionnaire on their knowledge of the Charolais Breed. Securing the first spot was young Sarah Armstrong from Cornafean in County Cavan. 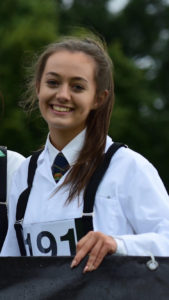 In second place and joining Sarah will be Cathal Gormley from Elphin in County Roscommon. 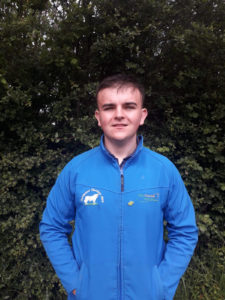 Both young participants are heavily involved in the Irish Charolais Youth Development Programme and were delighted to except their prize of a week long trip to Canada, where they will meet and integrate with young Charolais breeders from all over the World. As part of their trip they will visit some of Canada’s most famous tourist attractions, visit a number of pedigree and commercial Charolais herds, and of course take part in the Canadian Charolais Youth Conference. The Society would like to thank everyone who took part and congratulate the two winners on a tremendous achievement.