The display of Charolais Cross Heifers on the farm of John Smyth from County Westmeath is truly a sight which any beef farmer would take pride in.  John runs a weanling/store heifer to beef system on his 300 acre farm near the village of Delvin. 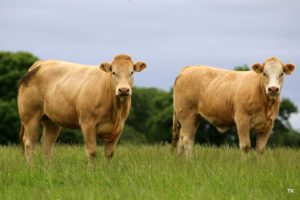 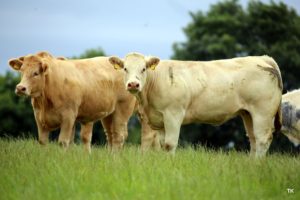 Being an admirer of quality Cattle, John states that the percentage of Charolais heifers purchased every year would be between 70 – 80%. The remaining breeds of heifers on the farm are made up of Limousin and Belgian Blue bred heifers. John explained “the ideal heifer is a Charolais cross that comes from a good Limousin or Simmental cross cow, they will achieve the best growth rates and not lay on a fat cover too quickly”. 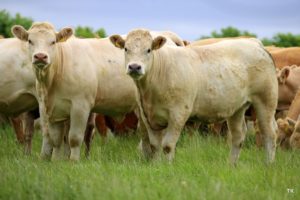 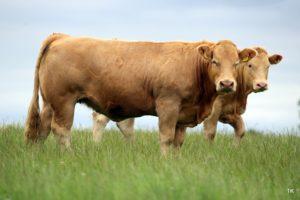 John purchase’s his Heifers at his local marts such as Delvin and Carnaross.  He also travels the Country in order to seek quality, purchasing a large number of heifers from marts in the west of Ireland, such as Balla in County Mayo. A small proportion of heifers will be purchased as weanlings, while the remainder are purchased as yearlings. The criteria for purchasing is quite simple, the heifer must have good flesh, growth and showing signs of quality, which would be capable of achieving a U grade in the factory when the animal is finished.  Heifers are usually purchased at an average price of €2.25/kg, varying from weights of 400 kgs – 600 kgs live weight. 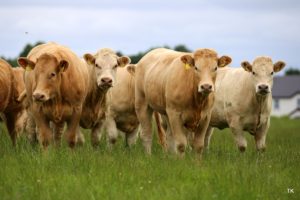 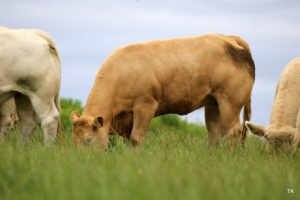 Being a member of the Bord Bia Quality Assurance Scheme, the farm has no issue in obtaining a bonus at finishing, with all heifers being slaughtered through Kepak factories at under 30 months of age.  According to John, “ 60% of the heifers would definitely be achieving a U grade, with the remainder averaging an R+”.  Aiming to receive a price of €4.00/kg and averaging 380kgs – 390kgs dead weight, he insists “the better grading heifer is crucial in making any money from my Cattle and the Charolais never let me down.” 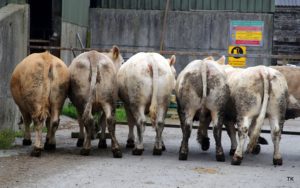 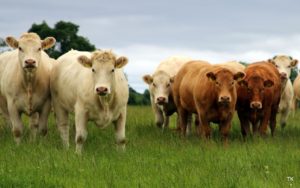 Why is Charolais the preferred breed for John’s farm?

John explained that when it comes to the Charolais, “they are simply the best cattle, that’s why they are always in demand. It can be seen on this farm when compared to the other breeds we buy, such as the Limousin and the Belgian Blues, the Charolais are the best weight carriers.”

The issue that John faces is that he simply can’t get enough Charolais heifers to buy.  He states “I wouldn’t buy any other breed if I could buy all Charolais, they are simply the best.  I have seen a lot of farmers bringing out a lot of other breeds, but if the suckler farmer can use a quality Charolais bull that has easy calving to match, it will pay the farmer to use a Charolais bull, because of the demand that’s out there ”