Last Sunday the FBD National Livestock Show in Tullamore played host to this year’s National Charolais Show. With over 150 Charolais competing for this year’s National titles, Charolais were by far the biggest breed on show. A further testament to the strong position Charolais hold in the marketplace at present. The two packed ringsides from early morning spoke for themselves. The female classes were especially fiercely contested, which highlights the significant improvements which have been made in the maternal traits of the breed. Coming out on top and claiming the Overall National Charolais Championship was Goldstar Pepite, accompanied by her nine month old bull calf, Goldstar Sensation. Exhibited by Martin Ryan from County Tipperary, Pepite is a rising four year old daughter of Matuvu, and the French cow Magesty. This capped off a wonderful day for the Ryan family who presented an impressive line up of sixteen cattle. 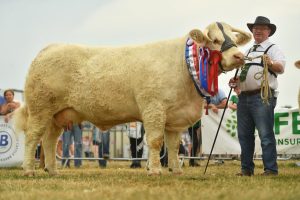 It was a memorable day for Simone Mc Cabe and Niall Maguire from County Monaghan. The pair claimed the Senior Male Calf Championship and went on to take the Reserve Overall Championship with their nine month old bull calf, Rockvalley Stetson. This classy young bull is a son of Cavelands Fenian and Birches Pretty Lady. 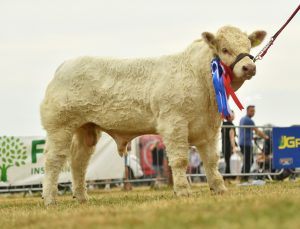 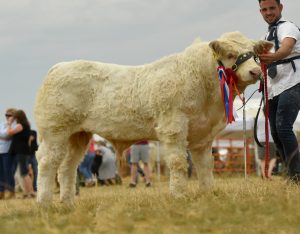 The Senior Female Calf Championship came in the form of Lisnagre Show Girl, the property of Jim Geoghegan from County Westmeath. This powerful September 2021 born heifer is a daughter of the Society bull Horace JD, and the homebred cow Lisnagre Nice. 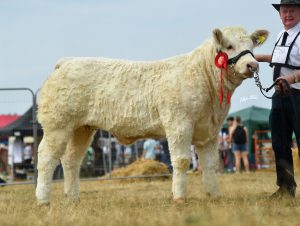 Taking top spot in the Junior Female Calf Championship was Firoda Tilly, exhibited by Brian and Seamus Nolan from County Laois. This stylish heifer is a six month old daughter of the Society bull Neptune, and the homebred cow Firoda Nojack. 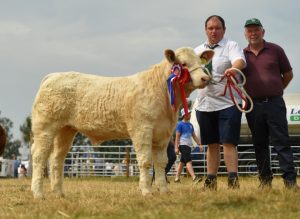 Having snapped up the Senior Championship with Goldstar Pepite, the Ryan family went one better when Judges Raymond Irvine and Tracey Gunn tapped out Goldstar Panacotta as the Reserve Senior Champion. Once again this one is a rising four year old, and is a daughter of the French sire Lancelot. 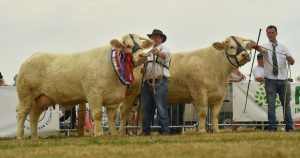 David Watts from County Sligo continued on from his success at last year’s Christmas Cracker Sale, when he was awarded the Reserve Senior Male Calf Championship with Sagesse Sidney ET, an October 2021 born son of CF 52 and Kilcumreragh Grimaldi. 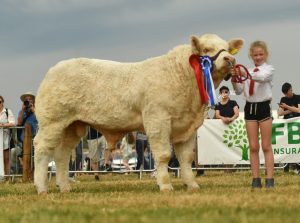 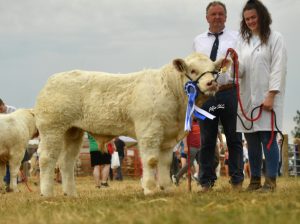 Standing Reserve in the Senior Female Calf Championship was Dreamteam Show Queen ET, a eight month old daughter of Fury Action. Show Queen was exhibited by Darragh Mc Manus and Andrew Norris from County Donegal. The pair went on to take home another two red rosettes, for the best bull born in December 2021 and the best pair of animals under 12 months of age. 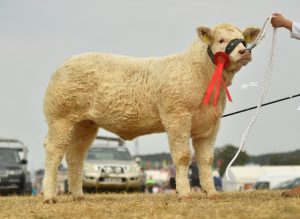 The hotly contested Junior Female Calf Championship produced some of the strongest classes of the day. Taking the Reserve Championship in this section was Mashantucket Treasure, a seven month old daughter of the Society bull Stimothee and Liscally Natalie 2 ET. This stylish young heifer was exhibited by Adam Woods from County Cavan. 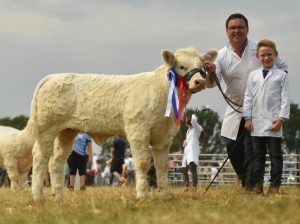 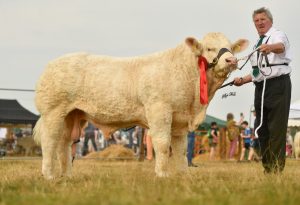 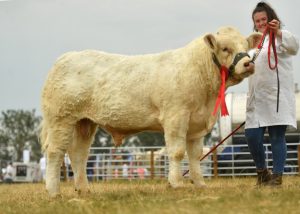 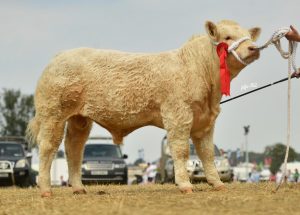 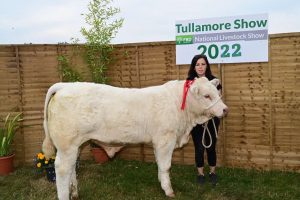 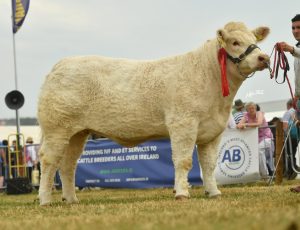 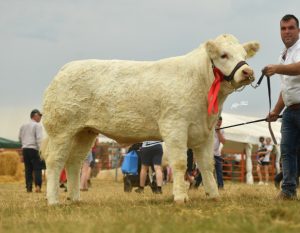 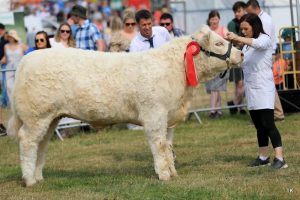 The best pair of animals under 12 months of age was awarded to Darragh Mc Manus and Andrew Norris from County Donegal, with Dreamteam Sex Symbol and Dreamteam Show Queen.

Standing top of the line with the best pair of animals over 12 months of age was Martin Ryan and family with Goldstar Pepite and Goldstar Panacotta. 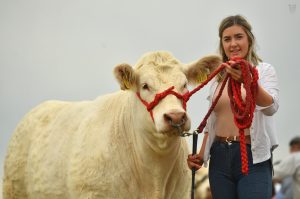 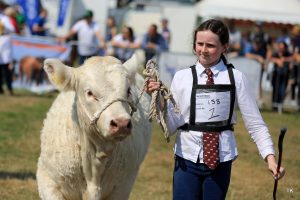 The Society would like to thank all exhibitors for putting on a wonderful show of cattle on Sunday. A special word of thanks must go to the sponsors from Sunday’s National Charolais Show.